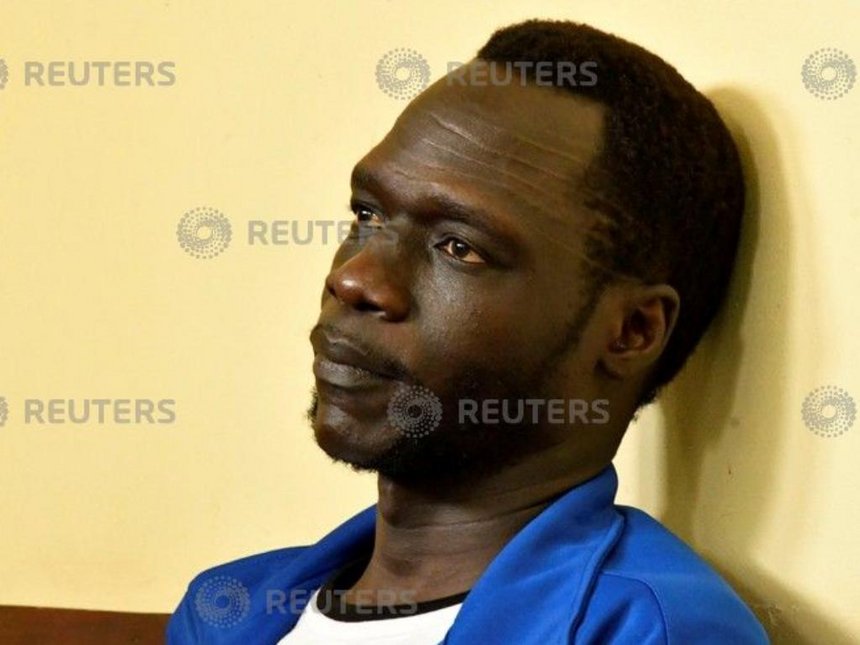 [Juba, South Sudan, TCT] – South Sudan High Court on Monday sentenced former rebel leader spokesman, James Gatdet Dak, to death on charges of treason and incitement against the government, despite ongoing peace talks at Ethiopian capital, Addis Ababa. The former Journalist was deported from Nairobi to Juba in November 2016 despite having acquired refugee status, a move that was later widely criticized by human rights watch.

Judge Ladu Armenio told Gatdet in the court in Juba that he is found guilty of treason and other war crimes against the state.

“The court today sentenced Gatdet Dak to death.” Judge Armenio read out the court ruling on Monday in Juba.

The presiding judge also handed Dak a combined 21 years for incitement and conspiracy against President Salva Kiir’s administration. He is expected to serve the years behind bars before final execution.

Mr. Gatdet throughout the ruling was observed as calm and insisted on being innocent.

Gatdet’s deportation came after he said he welcomed the UN’s sacking of its peacekeeping force commander, a Kenyan general, who had been accused of failing to protect civilians during the renewed clashes in July 2016.

Gatdet’s lawyer withdrew from the case more than three weeks ago citing implications and accused the court of violating the provision of Cessation of hostilities signed by the warring parties late last year in Ethiopia.

The UN refugee agency, UNHCR said at the time it was “deeply concerned” about the fate of Gatdet and that its efforts to stop his forced deportation had been ignored.